There has been a significant increase in the number of people excluding gluten from their diet in recent years. You have probably noticed how supermarket stock more and more gluten free products, accommodating for not only people with celiac but also a rapidly growing number of people with non-celiac gluten-sensitivity (NCGS). People with NCGS suffer with symptoms such as gas, cramps, bloating, or diarrhea if the consume gluten and going gluten free simply means they feel much better.

But according to a recent article in Men’s Journal, doctors are now seriously doubting whether NCGS is really all that common. A landmark from last year turned out some very convincing evidence that gluten may not be the culprit making so many people sick. Instead, it is likely a large class of carbohydrates called FODMAPs. This is something we here at Tummy Revolution have suspected for some time as it makes sense once you take a closer look at FODMAPs.

The thought that FODMAPs has a greater effect on many people’s health then simply gluten alone is not new, but it seems to be gaining more momentum now which is good news. Many people are unfamiliar with FODMAPs and how they can affect some people so more studies and news like this is great . 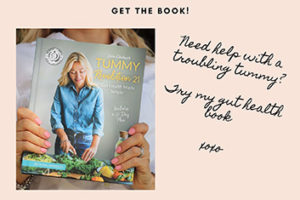